This post is part of an ongoing monthly series of posts that will focus on our current efforts in the Museum’s Science Bulletins team to create and test prototypes of Hall-based digital interactions using AR and VR using our scientists’ digital science data, and to share some of the lessons we learn along the way. 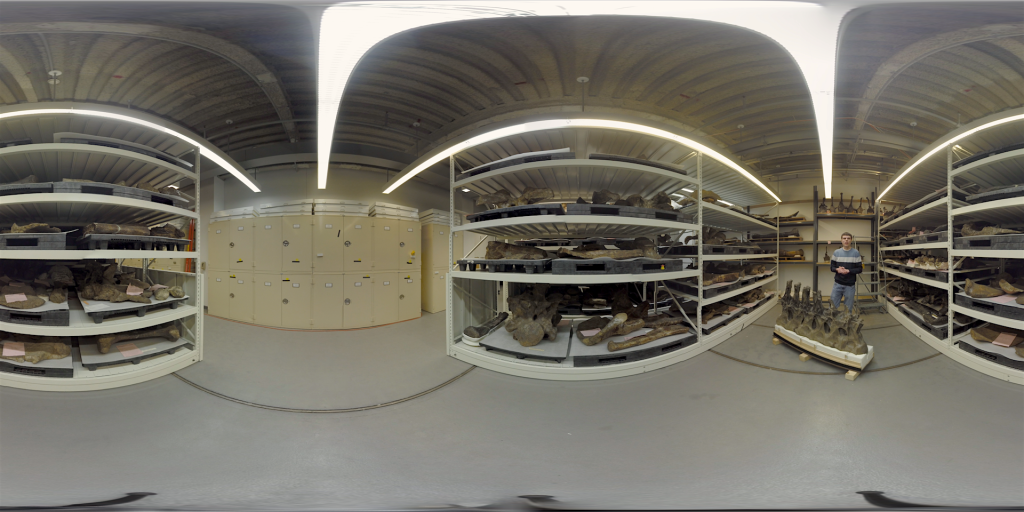 Participants were invited to put on one of the 20 VR devices (Samsung Gear VR), sit on a stool, and watch a non-interactive 360-degree VR film. “Take cutting-edge virtual reality for a test drive and see how this new technology is transforming filmmaking,” we promised. “Experience the lives of nomadic cultures around the world and dive into the history of Cuban dance in this casual drop-in environment.”

Over the course of the weekend, over 1,000 people watched at least one video. An evaluation we ran on a small subset of that group found that we could offer a VR experience at scale, supported by volunteers, and that it engaged visitors in a fresh, new way with contemporary cultural content. While technical challenges were persistent, in most cases they were overcome and were secondary to the strength of the VR experience itself. Visitors and Museum volunteers alike left the experience wanting more 360 VR content about – and in more places within – the Museum. 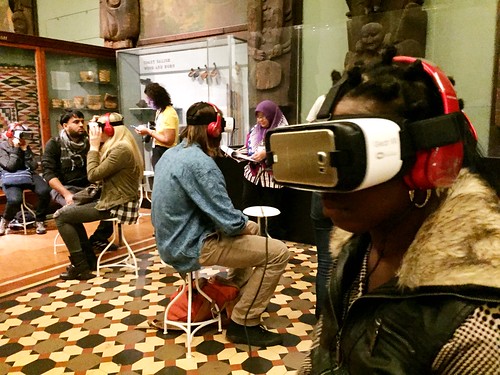 One of the most frequently recommended locations was our dino halls. So this March we began prototyping 360 videos, to learn if 360 video could meet visitors’ interests in getting a peek behind-the-scenes at how the science performed in labs and offices around the campus intersect with their experiences within the permanent halls.

First, let’s talk about terms. At the Mead Festival, we used the term virtual reality, as that’s the current term of art. If you want to watch 360 videos by the New York Times, for example, you download their app called “NYC VR”. So that’s how we started, asking visitors if they wanted to try out a 360 VR behind-the-scenes experience.

Scene 1: You’re starting in front of our T.rex, in our Hall of Saurischian dinosaurs, being led on a paleontology tour by a Museum guide as visitors around you ask questions.

Scene 3: You’re in a circular room, the office of Mark Norell, Division Chair and Macaulay Curator, Division of Paleontology, who tours us around his work space.

Scene 4: You’re back at the T.rex, with our Museum guide, who concludes the tour.

We wanted to learn how long visitors might want to be immersed in the world of a 360 video. We also wanted to learn if it made a difference if there was a meaningful relationship between the subject of the video and the location in the Hall where they watched it; a related but different question was whether or not the Hall could provide context to the video. Finally, did visitors prefer to have an immersive experience with wearable headgear (we used the Merge VR Goggles) or a social experience with a Samsung phone they can hold up and move around to explore the scene?

To address these questions we broke the larger narrative into three units:

Video 1: The Full Video – all four scenes, at 7 minutes long, to be offered by the T.rex,  just a few feet away from the location the camera shot the first scene.

Video 3: Mark Norell’s Office – just Scene 3, at 1.5 minutes, offered in the 4th Floor Astor Turret, a few floors beneath the office itself (which means the windows around you offer the same view as the windows in the 360 video). 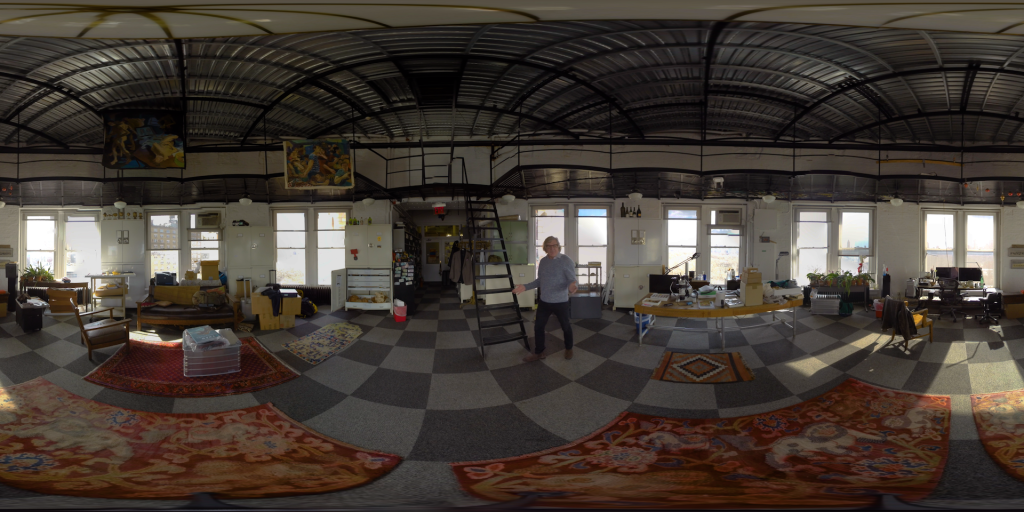 After observing and interviewing 150 people, we learned some things.

Some (and far from all) of the key lessons we took away from this round of prototyping: